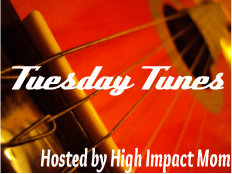 So I was late in the game of finding out about One Republi, I only discovered them about a year or so ago. I know I know, you’d think I was living under a rock or something but I very rarely listen to the radio when I am at home so the most exposure I get is when I am either taking the kids to school or running errands. Getting off track here….One Republic. I have posted about them before but with the new album coming out in March and such great songs, I couldn’t resist sharing one of their songs again.

Feel Again I am sure you have heard on the radio. If you haven’t heard it well then take a listen! There is just something about Ryan Tedders voice that just…soothes you. And it’s not just his voice but the actual music as well. It’s like peas and a pod. That group was made for each other.

I want to share more but I don’t think I would be able to stop myself from sharing most if not all of their songs and I am not sure you all like me enough to sit here for hours upon hours. So instead I leave you with a question. What is your favorite One Republic song?