February 3, 2012
inCooking, Recipes
• Leave a comment
Get it??? Like Chicken a la King but since this is my recipe it’s Chicken a la Shana. Actually I don’t even know what Chicken a la King is but I like saying it, so it helped me name my recipe that has been nameless for seven years.
:::::WARNING:::::
If you do not like spicy dishes turn away, do not, whatever you do, do not look at this recipe and see it’s deliciousness scream at you and invite you to try a bite of it’s spicy goodness.
When I made this prior to having kids I would occasionally double the amount of peppers. What can I say I love me some spiciness.
Chicken a la Shana
5 chicken breasts
1 whole red onion (chopped)
2 Serrano chili peppers (sliced long way & seeds removed)
1 red Jalapeno (sliced long way & seeds removed)
3 garlic cloves (minced)
Pepper
Sea Salt
Garlic Salt
Onion Powder
Cayenne Pepper
Oregano (I use a ground up powdered version so measurements may vary)
Tomato Sauce (2/15oz cans or 1/28 oz can)
Olive oil 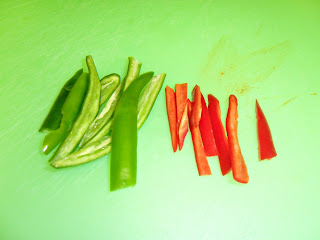 De-seed and slice up your peppers. Make sure not to rub your eyes after handling these babies 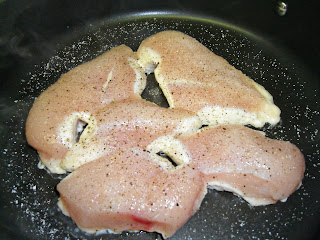 Season your chicken with the salt and pepper. Cook approximately six-seven minutes on each side in one tablespoon of olive oil 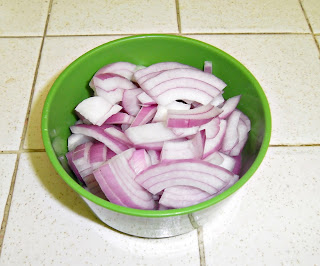 Chop your onion. I left the pieces a little chunky because my oldest is not a fan of onions so I usually pick them out for him and then put them on my plate. Waste not right 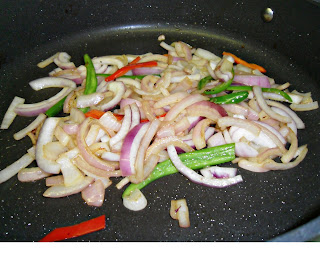 Put another tablespoon of olive oil in the pan and cook up the onions, garlic and peppers for two-four minutes. I like my onions slightly crunchy so I typically only cook them for two minutes 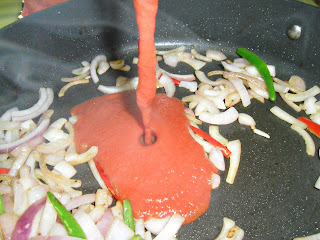 Next add in the tomato sauce 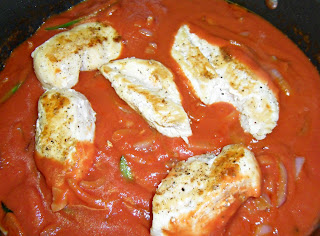 Put the chicken back in 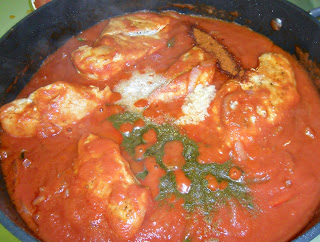 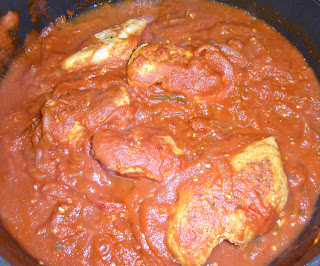 Simmer on low for 15 minutes