Is sick 🙁 It’s never fun when your kids are sick. Especially when they’re young and can’t tell you what’s wrong. Shawn has been sick for about two weeks. Nothing serious, runny nose and cough. The cough has been really persistent then the other day it changed from wet to dry and it sounded like he was whistling. So off to the Dr’s we went. He has an upper respiratory infection along with wheezing. He has to do a nebulizer treatment every four hours. The Dr said to keep a close eye on his breathing because if he starts breathing rapidly or it sounds like his breathing is crackly to bring him back in and that it probably turned into pneumonia. I’m still keeping my fingers crossed it doesn’t turn into that but he is now running a 101 temperature. You can tell he’s not feeling well. His appetite is no where near where it usually is and he’s kind of dragging and you can just see it in his eyes. The kids got up at 6:30 (nothing out of the norm there, blah) but at 9:00 he grabbed his little nemo pillow, said “ni-night” and walked into his room and over to his crib. Little man was tired. 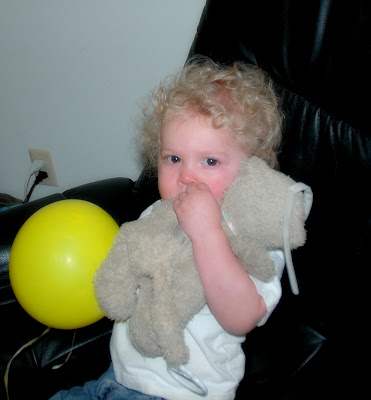 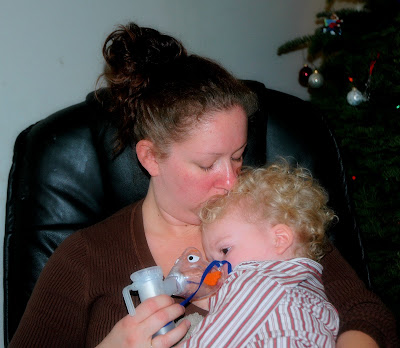