It’s time for Stream of Consciousness Sunday hosted by All things Fadra
Ready…set…GO! 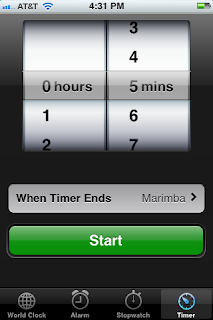 Dude my youngest who is three has been in underwear all day & hasn’t had an accident once! :::knock on wood::: Do you know how much money we would save just by cutting out day time diapers??? Right now he is in diapers 24/7, my daughter is in diapers at night and my oldest is in pull ups at night. We spend 40 bucks on diapers and those last about 3-4 weeks. Pull ups are 20 bucks and those last a month. So that at least 60 dollars a month we could be saving. Color me excited.
On another note my parents will be flying out next month for a visit. My mom has been out here once already but my Dad has not. I am so excited for them to be here. I know my kids miss him and he misses them more then he will ever admit but once they see each other it will be awesome. Although I am a tad worried at what were going to do once they’re here because my Dad is not the sit around and relax/do nothing kind of person. Oh well I know it will all work out.
I have also come to the realization I am in a cooking rut. I only cook chicken and finding new ways to make chicken every single night is a tad boring. Okay not just a tad, it is extremely boring at times. Anyone have any tried and true recipes they would like to share? I’d love to hear/see them. I did make a dish of Ree Drummonds the other day. To say it was good would be a serious understatement. It was the friggin BOMB. Saved that to the recipe memory bank of family faves. I love finding recipes that everyone enjoys.
Don’t know how it works? It’s simple just follow these steps:
And when your done be sure to head over to All things Fadra & link up!

I wrote this post while participating in Fadra’s Stream of Consciousness Sunday
Been wanting to participate for a while but I kept forgetting. So here it is my first post.
My husband works out of state. blah
I have a love hate relationship with this. Love because he is employed (obviously). Hate because he is so far away. What worries me the most about this is what if something happens and we need him? How fast will he be able to get to us? He works three hours away (flying time) and if something were to happen and we needed him home ASAP it would be a three hour ASAP and quite honestly I don’t like that. Nope not one bit.
The other thing that sucks about this is getting him home. Despite popular belief that just because you work for an airline you can always get on a flight, he goes through almost weekly having to worry about not getting on a flight. The other part of this is sometimes I have to drive 2-3 hours just to go get him. Not complaining, not complaining but it does suck.
But the only other option is to have him look for a new job which is not in the cards. His company has always been good to him and he is not one to jump ship just because. He is loyal. Again this bugs me but at the same time makes me proud of him. He is not one to take the easy route. Hence us picking up and moving far far away so he can attend college at the young age of 34.
He is always cracking jokes that he is the oldest person at the school but as luck would have it we usually see someone his senior walking by not long after he cracks a joke about his age.
So in short, my husband rocks for doing what he is doing not only for himself but for his family (that would be us). Yeah it’s hard and stressful on both of us BUT he is accomplishing his dream and for that he is the awesome!
Oh and he started a blog which makes me giggle because he’s never been on the understanding side of why I blog. Go figure one of his teachers loves his writing and suggests he starts a blog and he does. Now if I could only find it I could share. Maybe another day.