Who knew a toy could be so much fun

We had the in laws and my sister in law and her family over the other day to exchange Christmas gifts for the kids. Jr got one of those little “indoor” helicopters. I say “indoor” because in my opinion those really need to be outdoor toys, especially when you have nasty popcorn ceiling and every it hits the ceiling chunks fall onto the floor. I have vacuumed 5 times in the passed three days. As soon as he opened it he was begging to take it for a spin. We all decided to go outside into and open area to let him play with it. Not TEN minutes later it was stuck in a tree. And not just some small tree, one of the highest one’s here! My husband went into the house and came out with a ball. I laughed and asked if he was serious. After about 10 minutes of throwing it up trying to knock out the helicopter that too got stuck. Next was the soccer ball. Same end result. He and my brother in law tried shaking the tree but there it stayed.
I finally convinced him he needed to climb the tree to shake it at a higher point if he wanted to shake it out. That was my first time seeing my husband climb a tree! And you know I took pictures lol
Finally he was able to knock out the orange ball and the helicopter but the soccer ball unfortunately is still sitting, tightly wedge in the tree. Shawn ran up to the tree after the guys tried shaking it and he “shook” it. I love this age. 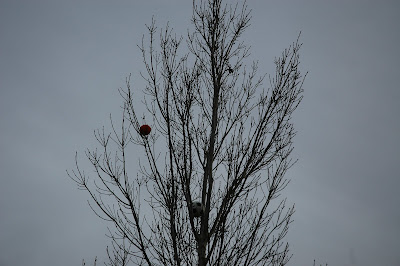 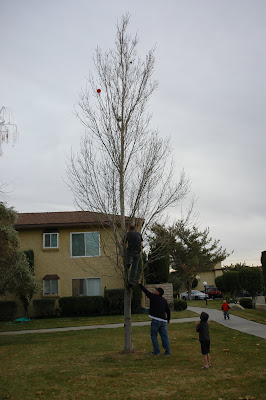 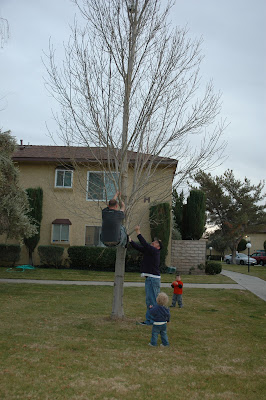