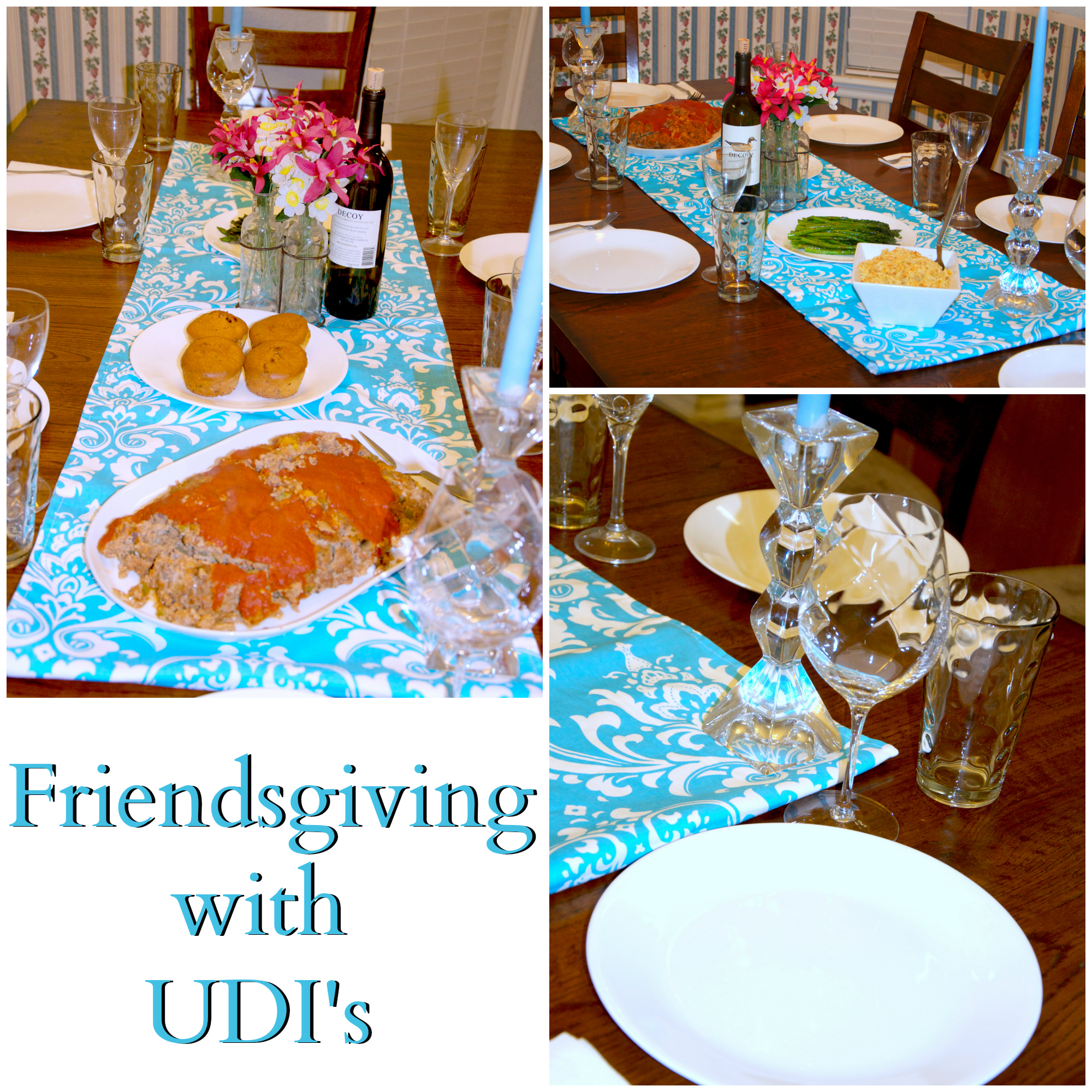 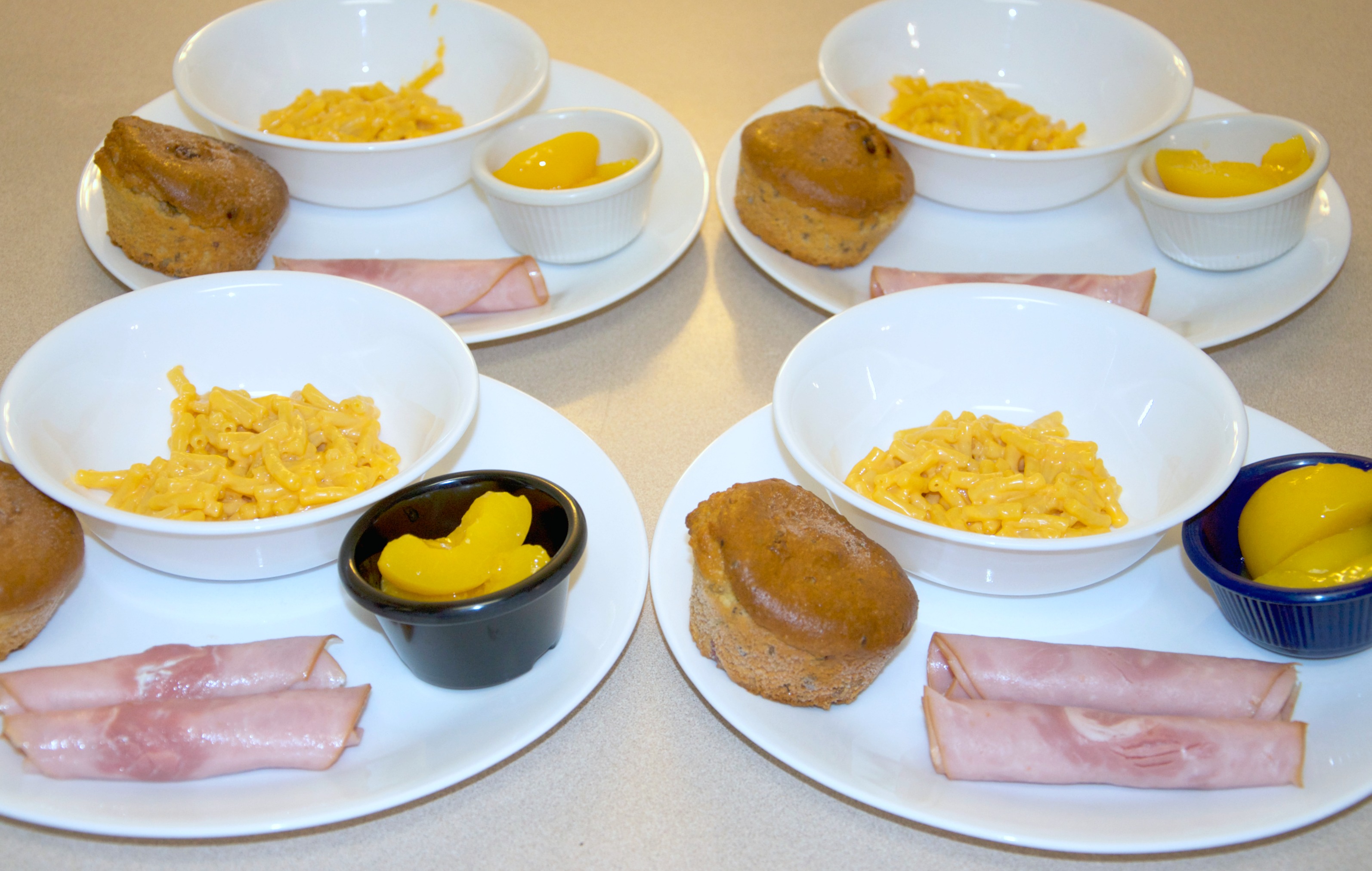 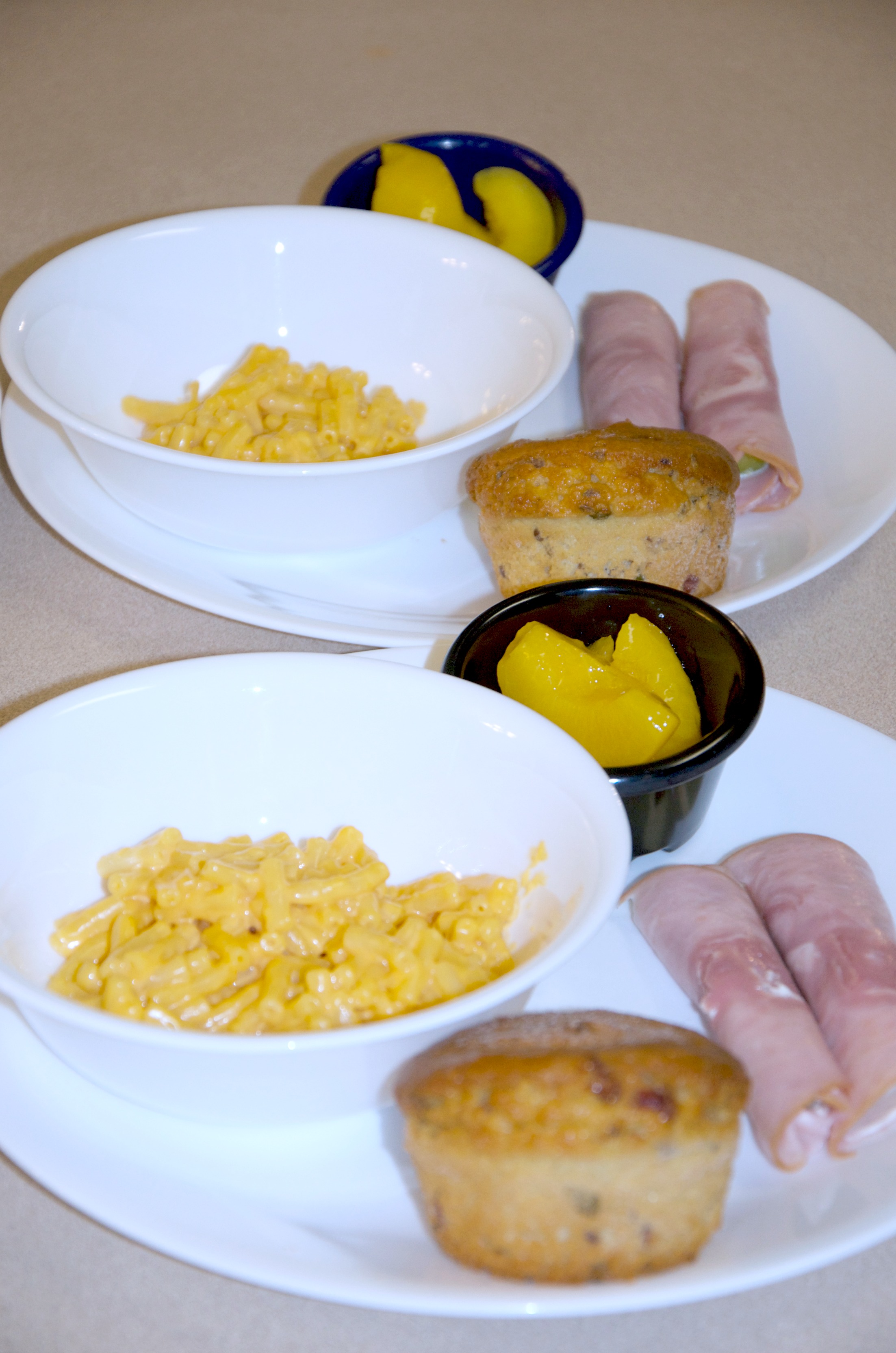 Did you know that April is National Grilled Cheese Month? If not for shame! An entire month dedicated to the wonderful ooey gooey goodness that we call the grilled cheese. Yum. The best thing about a grilled cheese is that the possibilities are literally endless. Today I was craving something gooey and I wanted bacon with it. What else could I do but make a BLT Grilled Cheese. 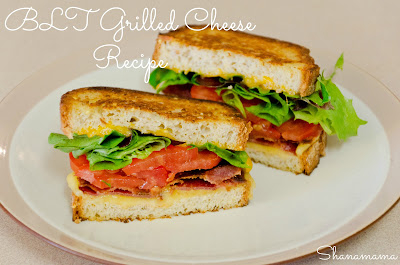 The fact that you can satisfy two cravings in one with this sandwich makes it a winner in my book, I mean honestly folks anything with bacon is going to be awesome. But what I love is that you aren’t killing yourself with fat here because it’s Turkey Bacon and you do have some veggies so it’s a well rounded meal. At least that’s what I told myself as I scarfed this bad boy down. 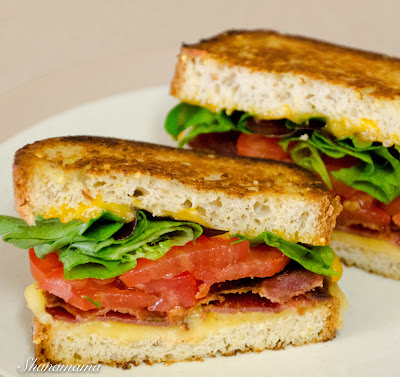 Thank you to Udi’s for sending me product in order to facilitate this posts. I couldn’t have made such an amazing grilled cheese with any regular ole bread.

Did you know that the month of April is Grilled Cheese month? I didn’t either until recently. Maybe that explains why my youngest has been requesting a grilled cheese almost everyday this week. My other two aren’t big fans of grilled cheese but my youngest, well he loves it. To be honest I haven’t had a grilled cheese in ages. Last time I think was before I had kids. Such a same considering I am a huge cheese lover.

My favorite thing to eat with grilled cheese is some tomato soup, I especially love dunking my sandwich into the soup. But alas I have no tomato soup. I made two versions of grilled cheese this week. The classic and then my own simple yet full of flavor version.

Each version starts the same way, with buttering your bread (for the classic I used the Millet Chia bread from Udi’s). 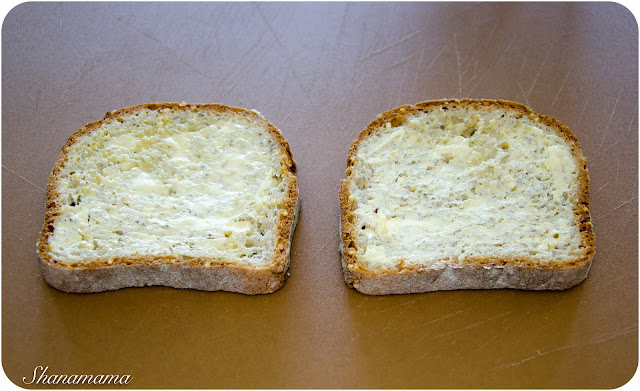 Next brown the bread with your cheese on so it can start melting into it’s ooey gooey goodness. Once it’s to your desired brownness put the other piece of buttered bread in and flip the already browned piece and place on top of the piece you just put in. 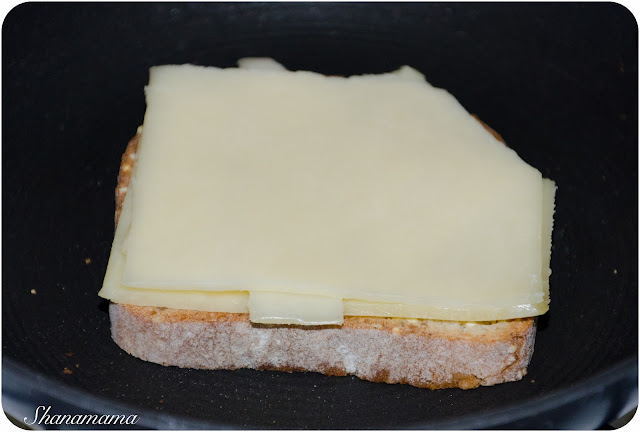 A lot people tend to cook it on a high flame with will get you browned results faster but you also risk burning your bread while waiting for the cheese to melt. Try next time cooking on a medium heat, it will take a little bit longer to brown but you won’t end up with burnt bread. 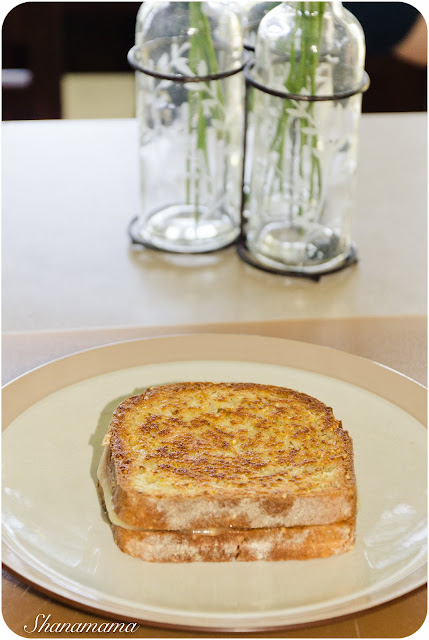 The ends result. Not too crispy, not too browned, just perfect. 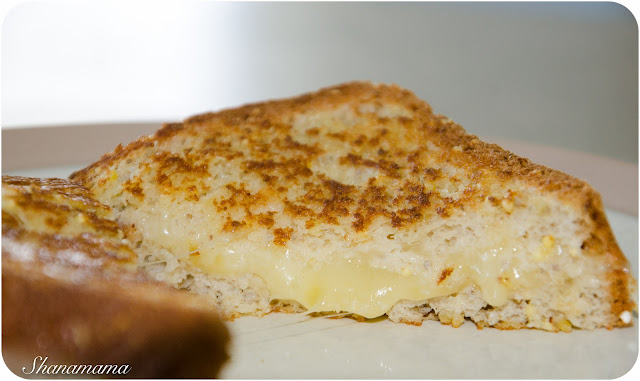 Oh look at all that cheesy goodness. 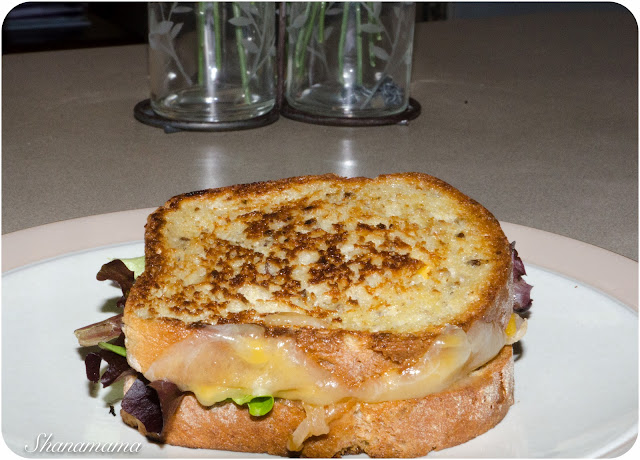 Now for my version I used the Omega Flax & Fiber bread from Udi’s. Same basic instructions as the classic version but with this one I used a slightly bigger pan so I could cook up some a lot of sliced red onions and both pieces of bread all at the same time. When the onions were all  done I placed them on the piece of bread with the cheese on it, then I topped it with a handful of baby spring mix and then placed the remaining piece of bread on top. 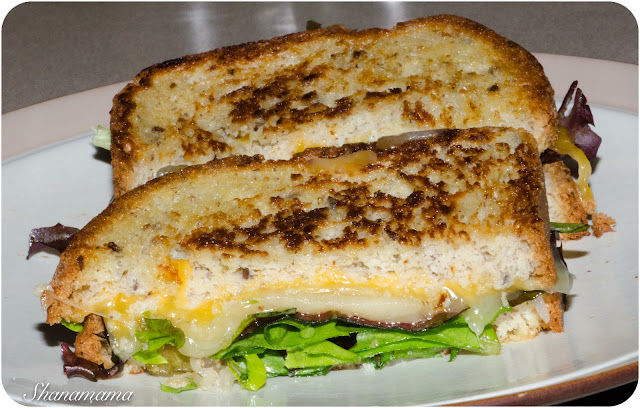 The final result was mouth watering. The combo of sharp cheese, extra sharp cheese along with the onions and lettuce was amazing. I added this to my favorite recipe list.
I was provided samples from Udi’s and coupons from Horizon Organic to facilitate these recipes. No monetary exchange was made. All opinions expressed therein are my own.